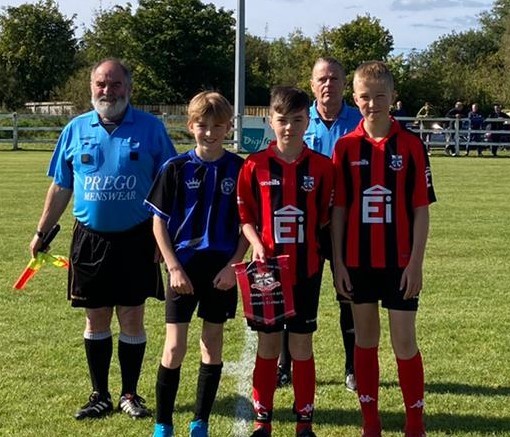 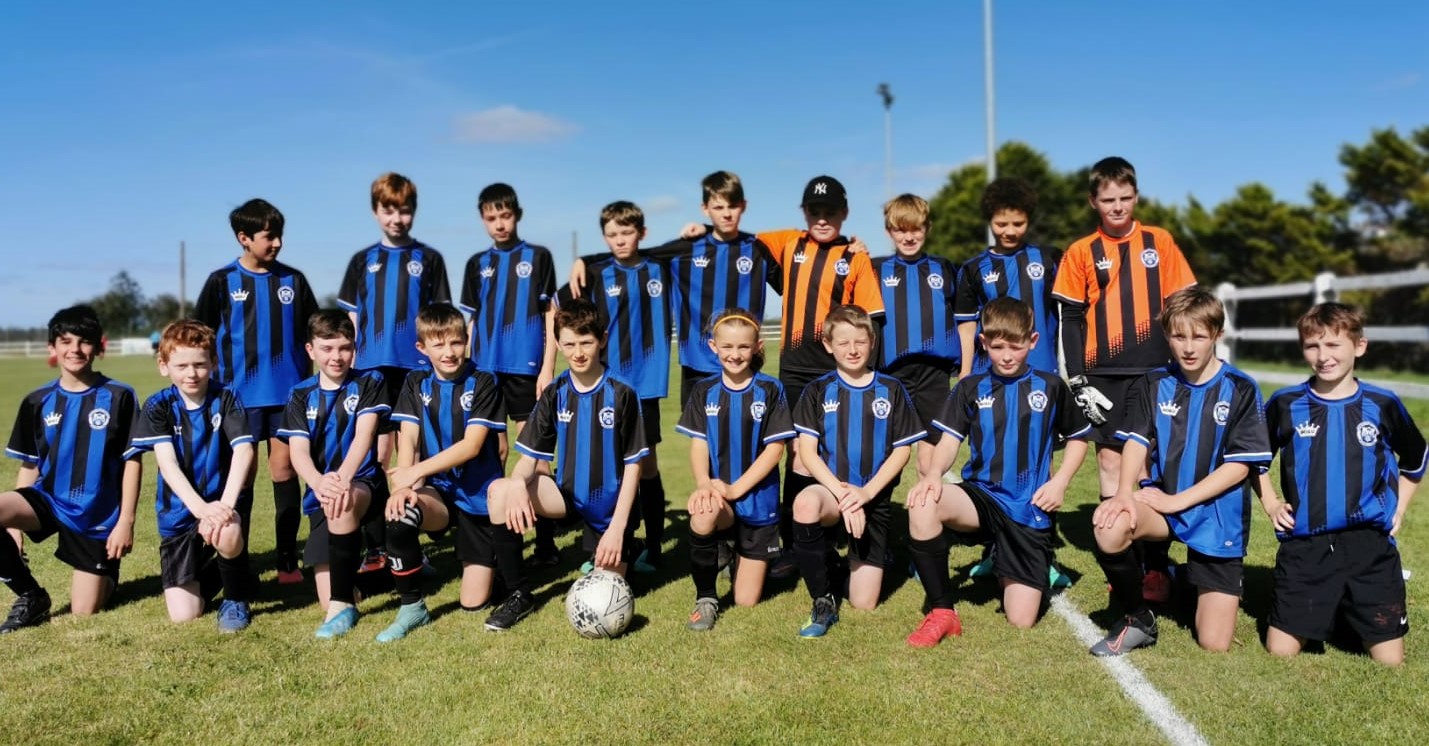 Frank Healy Park provided a wonderful setting on a sunny day for the U12 Final today. Trevor Twomey had our team well up for the match against a very strong Bridge United team. We started well despite facing the wind for the first half, winning a few corners and caused a few minor heart scares for the Bridge defence as Ollie Sanger, John Hannon, Jack McNamara, Jack Quinn and Donnacha Halpin all started well.

At the back Aidan Jones was keeping things tight, as the Bridge began to get into the game. Cian McInerney pulled off a few good saves before we eventually conceded to a goalmouth scramble. Colin Cavanagh continued to work hard and the team got to half time at 1-0 having pretty much matched their opponents for the half with Dylan Routley and Dylon McInerney both coming on and putting in sterling work. Cian had to go off injured at half time with Josh Moroney coming on for him.

The Bridge started strongly in the second half and fine performances from Kate Jones and Ciaran Ryan kept them at bay before a slightly controversial penalty gave Bridge United a chance to put some daylight between the teams. This was followed quickly by a goalmouth scramble that was squeezed in. With the game pushing away from us, Cian Brennan, Zack Spellacy and Diarmaid Ryan were brought on to try and conjure a goal, replacing Conor Brady who despite his young age had showed great skill and pace through the game. Daragh Walsh and Dara Khan also came on bringing further industry to the team. As BCFC pushed forward gaps began to open up at the back, Josh Moroney pulled off a number of wonderful saves, only being beaten by two long range efforts that flew into the top corner.

At full time, we had a lot of disappointed young people but they had a lot to be proud of having reached our first Schoolboy Cup Final in almost 20 years.

After the match, Captain Jack McNamara was called up to present runner up medals to his team mates. Beaten by a better team on the day but these guys have significantly improved over the course of the season and better days definitely lie ahead. We are looking forward to a good run from these lads in the national cup which starts in a few weeks time.

Well done to our neighbours Bridge United on a deserved win. We are hoping to have some great battles with you over the coming years. Special thank you to them for arranging for the match to be made available via video link to those who couldn't attend due to the current restrictions.

Hi all. It is great to see that we have been given a dat...

AGM updateIn the light of continuing uncertainty and lack...

BCFC Valentines Run - and the winner of the night in the ...

First of all - a big thank you to everyone who participat...

Be in with a chance for a romantic night in the fabulous ...

We have had great participation so far in our Valentines ...

Don't forget to enter our his Valentines Day Virtual Run ...

Calling all local historians. We are gathering an archiv...