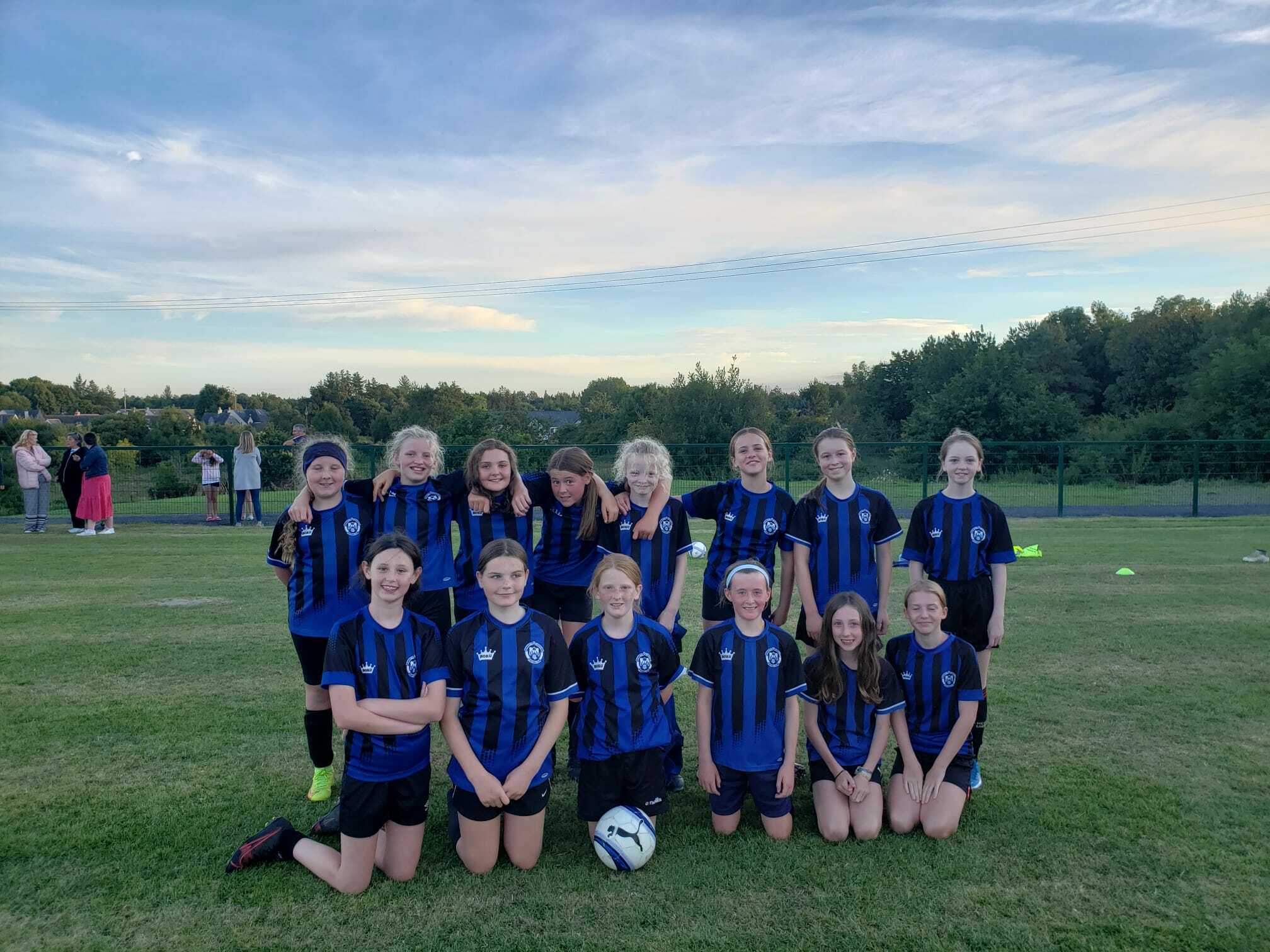 Great game of football at Woulfe Park yesterday in the Quarter Final of the CSSL Cup against neighbours Bridge Utd.

We started slow and seemed to be tired which resulted in Bridge Utd taking a deserved 2 goal lead by half time.

Second half was like watching a different team, the girls were piling on the pressure, wining all their challenges and passing the ball more freely. We quickly got a goal back after a through ball from Sophie Doherty sent Caoilinn Earley away for her first goal.

Our defense was backed up by the ever solid Emma Jones in goals and Abbie O Gorman, who had a great game outfield. With about 10 minutes to go, a good corner lead to Caoilinn, who was captain for the night, scoring with a great shot over their keeper from outside the box.

At 3-2, Bridge Utd pushed on but again our midfield of Cara Earley, Faye Harrington and Sophie Doherty were excellent and were also helped by the introduction of Ailbhe Halpin to ensure that we ran out winners on the night.

Many thanks to Bridge Utd for a brilliant game.