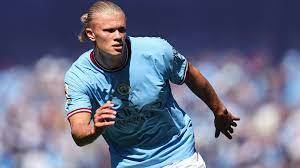 9 Goals for Liverpool on Saturday, 9 goals for Erling Haaland since joining Man City, the lad is on fire...

Unsurprisingly, no one was knocked out by picking Nottingham Forest for week 2 fixtures !

288 brave souls survived into round 2, but there was carnage on Tuesday night, when Chelsea (23) lost, and Crystal Palace (26) could not beat Brentford at home.. other teams letting people down included Brentford (2), Brighton (1), Villa (1), Wolves (3), Spurs (6), Leicester (1) and the once mighty Leeds Utd knocked out a whopping 23 when they couldn't beat Everton at home..

Many eyes will be on London where 95 are on Spurs to beat Fulham, 32 on Chelsea to beat West Ham (1).

Best of luck to you all for the week 3 fixtures !